Longtime supporter Ecolab has awarded MACV with grants from their Foundation for several consecutive years, with their most recent gift arriving in April. The company also sent four helpful volunteers to assist with staining a fence and cleaning up one of MACV’s transitional homes in time for summertime living on May 6! The employees got to model MACV’s brand-new volunteer t-shirts and get some time outside on a beautiful day, all while helping us improve the quality of life for Veterans working toward housing stability. Thanks again, guys! U.S. Navy Veteran Megan’s life had not been easy for some time. While Megan lived in Mississippi, she could no longer stay with her family due to overcrowding and so they paid for her to live in a hotel. Things started looking up after Megan’s mom referred her a job for the post office in Minnesota. Megan applied, got the job, and started on March 22nd, 2021.

When Megan came to Minnesota from Mississippi to work at the post office in March, she did not have a place to live. But as a single Veteran with no dependents, she decided to live out of her car until she could afford long-term housing. However, this decision had its own impacts. After being late for a couple trainings, Megan was let go from the post office. Without a source of income, she started earning cash by driving a friend to and from work.

Fast forward to April. After MACV Case Manager Amanda Hooper (pictured on the right) secured an initial intake from Megan, MACV encountered difficulty verifying her Veteran status in any system. She turned to Lina at the St. Paul Vet Center, who found Megan’s verification and other information. Lina then brought the Veteran to the MACV office and Amanda helped Megan complete an on-the-spot intake for our hotel program. MACV Case Manager Shelbe Robertson had already completed Megan’s background, so as soon as Megan filled out the paperwork, our team squared away her reservation with one of our hotel partners as a stopgap while figuring out the next steps.

Hooper connected Megan with a couple Veteran assistance programs during her intake and realized that she would be a perfect candidate for the women’s transitional home managed by MACV. So she called MACV Metro Housing Team Leader Dave Nguyen, who immediately added Megan to the queue.

After completing paperwork for the assistance programs for which she was eligible, Megan secured insurance, financial assistance, and moved into transitional housing within one week. The remarkable collaboration between MACV providers and our partners at the Vet Center has resulted in stable housing for a Veteran who thought she would lose everything just a few weeks ago. Today, Megan is looking for jobs, getting medical appointments set up, and has a safe and stable place to stay.

“I want to say a huge THANK YOU to all the moving parts because this was a case that moved so smooth,” relates Ms. Hooper. Teamwork like what came together to support Megan exemplifies MACV’s approach to ending Veteran homelessness. Our team is committed to empowering Megan in her journey to a stable, happy life in Minnesota, and we are honored to walk alongside her. 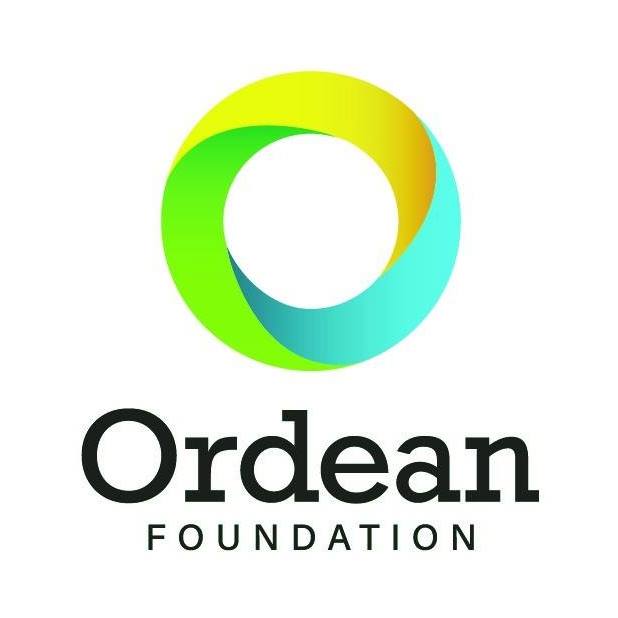 We are thrilled to announce the award of a one-time grant from the Ordean Foundation, which serves the Northeast region of Minnesota. The end of Veteran homelessness in Duluth and the surrounding area is within our sights this year, and the Foundation’s award is meant to give MACV the lift we need to close the final gap between our goal and where we stand today. Thanks for your faith in our mission, Ordean! Army Veteran Rob Reynolds hit his limit last summer. Following nearly 8 months in jail for charges which were ultimately dismissed, Rob found himself released in the dead of January with nothing but the clothes on his back. After years of small business ownership, Rob now had no money, no assets, and a wrecked credit score through no fault of his own.

This was not how Rob’s life had played out up to that point. He served in the Army as a young man, providing radio and telephone communications to Camp Stanley in South Korea and a secondary duty as the General’s driver. After discharge, he owned a small business performing sewer maintenance for years. Nothing about his past suggested that Rob would end up homeless.

Veterans like Rob, those who experience literal homelessness, are sometimes difficult to engage simply because they have a hard time believing that anyone can really help them. When he decided to respond to MACV Hotel Program Manager James McCloden’s ongoing contact attempts, Rob explains, “I didn’t think anyone could help me and my life was done.” But within 12 hours of talking to James, the Veteran found himself walking into a room at MACV housing partner Extended Stay.

Following two weeks in the hotel, Rob moved into one of MACV’s transitional housing properties, where he now resides while rebuilding his business. The MACV Employment Services team helped Rob secure a job which allows him to use a company van to do his own contracts outside working hours. This allows him to focus all his income on relaunching General Rooter, the business he owned for decades.  Employment Case Manager Scot Harris connected Rob with a web designer, resulting in a website for General Rooter set to come online in May 2021.

Rob also recently secured a private business loan from an individual interested in supporting Veterans, creating additional funding for routine costs small business often incur upon opening. “A bunch of pieces of the puzzle came together because of MACV,” Rob notes.

“I owe all the thanks to MACV,” says Robert. “They’ve got me in a safety net, basically.” Hoping to give back to other Veterans in need, Rob hopes to become an employer partner when he starts hiring employees again. Having already secured new contracts, he also plans to move into his own place in the next month or two. MACV staff who worked with Rob the longest, like James McCloden, are now friends Rob wants to keep in his life for years to come. We celebrate the incredible progress Rob made over the past year, and are honored to watch this determined, capable Veteran reestablish the life he deserves.

In 2019, this event raised enough money to provide monthly operational costs for two transitional homes and helped veterans move into permanent housing. In 2020, Covid-19 added additional challenges including cancelling our event. In 2021, monies raised will continue to support MACV housing for women veterans and families. Incredible support from the MACV community resulted in total giving from the Home for the Holidays campaign topping $812,355. Sponsored by WCCO, Papa Murphy’s Pizza, Standard Heating, and Central Roofing, Home for the Holidays more than doubled its previous results, which means Minnesota Veterans can rely on the support they need from MACV in the tough months to come. Thank you from the entire team at MACV for such a faith-inspiring start to 2021. Your generosity changes lives, and pushes us closer to ending Veteran homelessness in Minnesota every day. The Housing First Minnesota Foundation is a nonprofit organization which builds and remodels transitional housing for Minnesotans in need. They have become a valued partner in MACV’s transitional housing program, and recently continued their support through a virtual gala and auction to benefit MACV programs on Thursday, October 1. Thank you for your ongoing generosity! MACV recently broke ground on our newest project alongside partners Lennar Builders and Housing First Minnesota Foundation. The Housing for Heroes project in North Minneapolis will help provide Veterans with stable housing. Once completed, this 2,232 square foot, four-bedroom home will increase MACV’s capacity to serve more clients in need of a place to live. Housing First Minnesota covered the ceremony on their blog! Community partner Xcel Energy has put in an enormous effort to enhance MACV transitional homes in St. Paul. They arranged for a representative from the Minnesota United Soccer team to visit our newest home in North St. Paul and donated a framed, signed jersey now proudly displayed in the home. Thank you, Xcel Energy, for so generously donating your time and resources to support Veterans in need!