Steve Schemenauer has served in the U.S. Army for more than 27 years. He is currently the Brigade Commander for the 347th Regional Support Group in the Minnesota National Guard. Colonel Schemenauer is a graduate of the US Army War College, National Security Fellowship at Tufts University’s Fletcher School of Law and Diplomacy. He is also a two-time combat veteran, having served in Afghanistan in 2004 and Iraq in 2009. During those tours, Steve earned two Bronze Stars, and a Combat Infantryman’s Badge.

Steve received his J.D. from Hamline University School of Law and his B.S. from the University of Wisconsin-La Crosse. Steve is a Partner at Stinson Leonard Street, where he practices in both state and federal court throughout the country. His diverse litigation practice includes business and commercial law, employment law, real estate and construction, and products liability law. In addition to serving on the MACV Board of Directors and the St. Paul Area Chamber of Commerce (SPACC), Steve devotes significant time to pro bono activities through the Deinard Legal Clinic, the Volunteer Lawyer’s Network, the Hennepin County ADR program, and the State Public Defender’s Office. Ellen enlisted in the US Navy and retired as a CDR (Select) after 14 years of active duty and eight years in the reserves as an Explosive Ordnance Disposal (EOD) Tech, Deep Sea Diver, and Naval Parachutist. She holds an MBA from the University of Minnesota and a BA from the University of Washington. In her civilian career, Ellen is a partner at Starbucks Coffee Company located at the Kent Flexible Plant and is a member of the Starbucks Armed Forces Network. She and her husband Phil have two daughters and two dogs. Dan McCarvel is currently a Vice President with Venture Bank in Eagan, Minnesota. Prior to working at Venture Bank, he spent several years employed at Associated Bank. A life-long Minnesotan, Dan currently resides in Shakopee with his wife and two children. J.P. (Jon) Pawluk is a retired Army Reserve Major and a Desert Storm veteran. In addition to serving on the MACV board, J.P. is a long time YMCA volunteer and current member of the Community Board for the YMCA at the Cora McCorvey Center. J.P. also serves as a member of the Property and Facilities Committee of the YMCA of Greater Twin Cities. J.P. is the Director of McGough Facilities Management, a division of McGough Construction. Kristine Lord-Krahn is Vice-President and Deputy General Counsel at Allianz Life Insurance Company of North America. Allianz has been a steadfast supporter of the Salute to Service Women Golf event.

Ms. Lord-Krahn received her BA from the University of St Thomas and her JD from William Mitchell College of Law. She leads the legal teams responsible for legal distribution, regulatory, operations, tax, privacy, cyber-security, anti-money laundering, and government relations matters at Allianz Life and its subsidiaries.

Ms. Lord-Krahn grew up in a family with a history of military service during WW II and the Vietnam War. She appreciates the opportunity to help our Veterans through her work with MACV.

Ms. Lord-Krahn is an Eagan resident, wife, and mother of five children-ages 15, 14, 12, 9 and 4 yrs. She devotes significant time to supporting the Eagan Athletic Association programs, her local church, and mentoring undergraduate and law students at The University of St Thomas. When she is not at work or volunteering, you can usually find her cheering loudly at a local hockey rink, soccer, football, or track field.

Trista served on active duty for 16 years. She is one of only a handful who have served in three branches of the service, both as an enlisted person and as an officer in the Navy-Marine Corps and the Army National Guard.

After her military service, Trista worked for Twin Cities Habitat for Humanity as government relationship specialist, to advocate for affordable housing. She helped form the Homes for ALL Coalition to increase funding for the entire housing continuum.

Trista founded the Women Veterans Initiative to build equity in services and to develop innovative programs to address the needs of Women Veterans. She was integral in passing Women Veterans license plate legislation, and in declaring October Veterans Voices Month. She has spoken across the country and internationally about issues impacting the Veteran community, and is a contributing author to the Attorney’s Guide to Defending Veterans In Criminal Court.

At 19 years old, Paula joined the United States Navy as an Aviation Machinist Mate (Aircraft Mechanic). After her service was complete, she was hired at Lockheed Martin as a Quality. In her thirst for knowledge she pursued and achieved a Bachelor of Science in Mechanical Engineering and Minor in Mathematics from UNC Charlotte in December 2014. While in college, she was Vice President of Society of Women Engineers (SWE), active in Alpha Omega Epsilon and a Student Ambassador for the College of Engineering. She was the 2014 recipient of COE MEES Outstanding Student Leadership and inducted into Order of Engineer in May 2014 and worked a co-op at USAirways. Upon graduation she moved to Connecticut to work for Sikorsky Aircraft Corporation as an Engineer then promoted to Aftermarket Sales for US VIPs. She also completed the Veteran Women Igniting the Spirit of Entrepreneurship program from the Institute of Veterans and Military Families at Syracuse University. She is currently at Collins Aerospace in Burnsville, Minnesota where she managed the Boeing Defense business portfolio and recently promoted to Manage an Engineering team in Configuration Management. She is currently enrolled in and Executive Certificate in Data Science at the Fu Foundation School of Engineering and Applied Science at Columbia University.

Paula is a member of Girl Scouts (Lifetime), Rotary International, and SWE; Active with Minnesota Action Council for Veterans (Board Member), and Tragedy Assistance Program for Survivors (TAPS) mentor and William States Lee College of Engineering Alumni Council. She is passionate and an advocate in STEM Diversity and Veteran Issues where she mentors female Veterans transitioning from homelessness and underrepresented youth. She is a single mother of two college aged sons and loves to mountain bike, kick box and sail in her spare time. Arthur served in the United States Marine Corps and is a Veteran of Operations Desert Shield & Storm.  He holds a M.S. from the University of St. Thomas, a B.S. from Florida A&M University, a Project Management Professional (PMP) certification, and an Information Technology Infrastructure Library (ITIL) certification.

Arthur currently works for the Federal Reserve Bank of Minneapolis.  He leads and manages multi-year strategic business and technology projects utilizing his strengths in building community to promote progress towards stated goals.

Arthur’s father, a Vietnam Veteran with the U.S. Army 82nd Airborne, faced many challenges upon his return from duty, including a stint with homelessness. Arthur experienced firsthand the impact this had on the family.

Arthur and his wife are the proud parents of two children. He is active in the community with the Five Oaks Community Church (Governing Board), Transform Minnesota (Board), the Florida A&M University National Alumni Association (Life Member) and Kappa Alpha Psi Fraternity, Inc. (Life Member).

Arthur is grateful to be a part of MACV to help make a difference for homeless Veterans. Jessi Faue is a US Army Veteran, serving in the National Guard from 2002-2006. She deployed in 2005 to Iraq in support of Operation Iraqi Freedom as an Automated Logistics Specialist, Combat Lifesaver, and M203 Gunner. During her military service, Jessi received the Army Achievement Medal. Prior to joining the Army, Jessi completed a degree in Public Health and then after completed a Bachelor of Science in Nursing at Northern Michigan University.  Jessi spent the last decade working in the mental and behavioral health field as a Registered Nurse (RN, BSN), currently working as a Community Engagement and Partnership Specialist with Suicide Prevention at the Minneapolis VAMC.

Jessi is a published poet and active participant in Warrior Writers, a poetry group which helps Veterans tell their stories. She was a 2019 Veteran’ Voices Award recipient, and recently published in the anthology Rocked by the Waters.  Jessi also spends her free time being a Girl Scout Brownie Troop Leader, running and training for half marathons, biking, hiking, and most importantly, being a momma to her three beautiful, busy daughters. 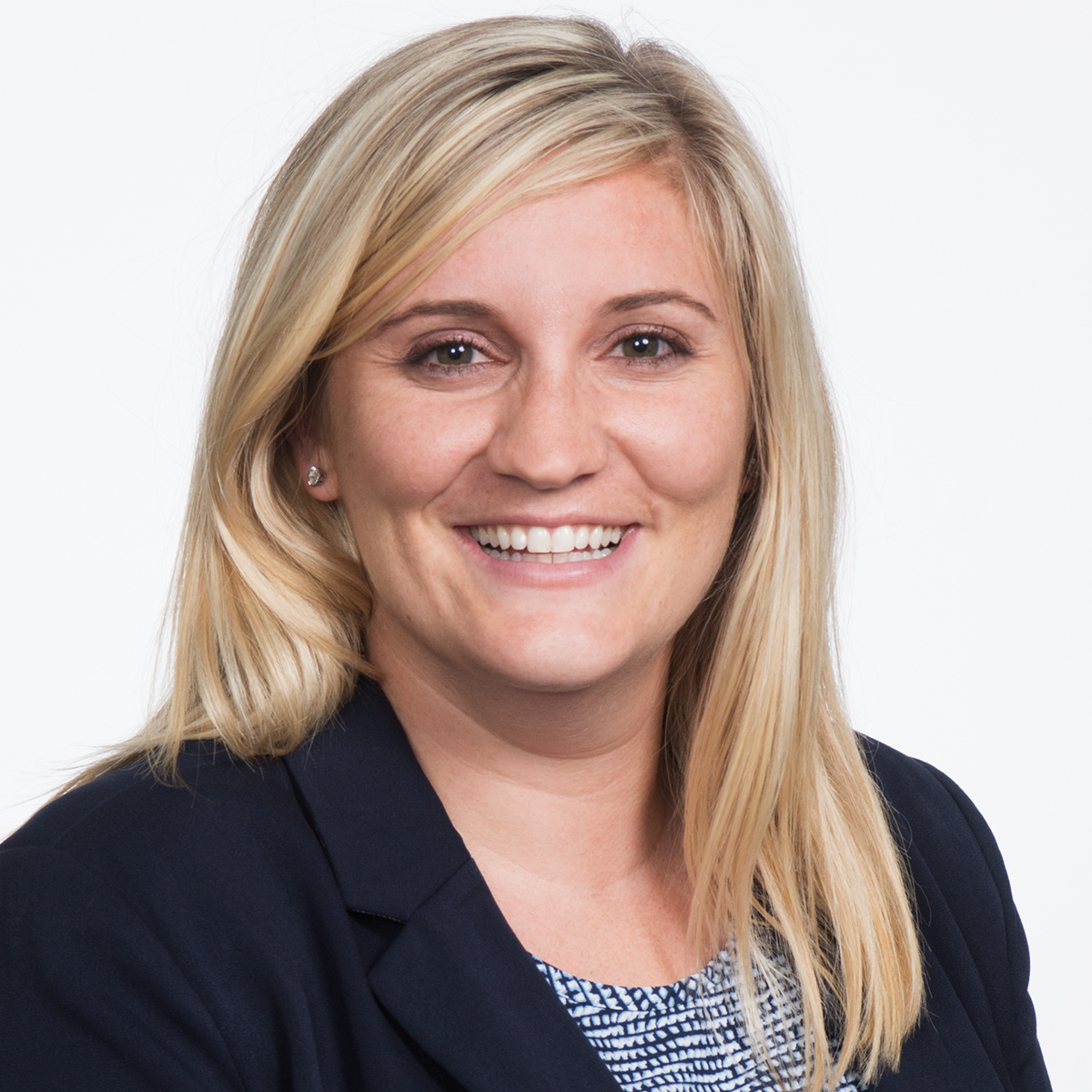 Shauna Bednar served in the US Air Force as a Flight Engineer on C130s from 2010-2016.  During her time she did two tours oversees in support of Operation Enduring Freedom, Freedom Sentinel and Operation Inherent Resolve.  Prior to joining the Air Force Shauna completed her degree in management from the University of North Dakota.

Shauna currently works for U.S. Bank as a Trust Officer in the Private Wealth Management division and holds the designation of Certified Trust and Fiduciary Advisor (CTFA).  She provides trust and estate services to individuals and their families and helps to manage the complexities of wealth preservation and distribution.  She also is the Vice President of the Twin Cities chapter of “Proud to Serve” Employee Business Resource Group supporting Service Members, Veterans and their families who are employees or customers of U.S. Bank.

Shauna currently resides in Eagan with her husband and daughter.